Study on Heavy lifting on fertility of woman

February 13, 2019
Study on Heavy lifting on fertility of woman 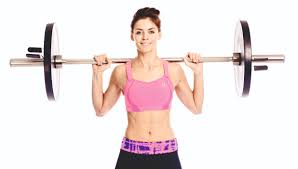 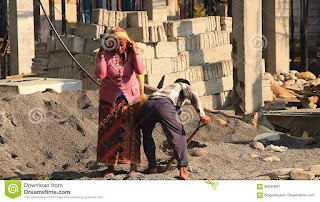 
Previous studies have found links between certain aspects of a person's job and fertility problems. For example, a 2015 study found a link between heavy lifting at work and irregular menstrual cycles, and a 2013 study found a link between night-shift work and an increased risk of miscarriage. Another study, published in 2015, found that female nurses who frequently lifted heavy loads at work took longer to become pregnant when they were trying to conceive, compared with women who never lifted heavy loads at work.
However, none of these earlier studies examined biological markers of fertility.
In the new study, the researchers analyzed information from nearly 500 women ages 18 to 45 (average age 35) seeking fertility treatment at Massachusetts General Hospital from 2004 to 2015. The participants were surveyed about their work schedules and the physical demands of their jobs. The researchers then assessed several biological markers of fertility, including the number of so-called antral follicles, which are small structures in the ovary that can be used to estimate the number of immature eggs remaining in a woman's ovaries. The researchers also looked at the number of mature eggs the ovaries produced in response to stimulation with medications (which was a part of the fertility treatment).
On average, the women in the study had about 12 antral follicles in their ovaries, and nine mature eggs after treatment with fertility medications.
But the women who reported lifting or moving heavy objects at work had 14 percent fewer mature eggs, and 5 percent fewer antral follicles, compared with the women who reported having never lifted or moved heavy objects at work.
In addition, the women who reported working night or evening shifts had 24 percent fewer mature eggs, compared with the women who reported working day shifts only.
"These findings have clinical implications, as women with fewer mature oocytes [eggs would have fewer eggs which are capable of developing into healthy embryos," the researchers wrote in the Feb. 7 issue of the journal Occupational and Environmental Medicine.
Exactly how heavy lifting could affect a woman's egg production and egg quality is not known, the researchers said.
Night-shift work may disrupt circadian rhythums, or the body's internal clock, which could explain the link between this type of work and lower egg yields, the researchers said.
The study took into account some factors that could affect women's fertility, including their age, body mass index and education level. But it's possible that there are other factors not addressed in the current study that could explain some of the results, the researchers noted. For example, the study wasn't able to take into account all of the aspects of the women's jobs that might impact their fertility (such as stress levels or exposures to certain chemicals).

My advise
1...  From the beginning I am telling not do heavy work or lifting heavy weights or exercise with lifting heavy weights.
2...  I advise every woman who wants to conceive should avoid all above.
3...  Do any work or exercise which will not effect on your fertility
4...  Heavy lifting or heavy work also effect on your partner's sperm
5.... I suggest every couple wants to conceive should avoid above