Research on environment effects on fertility ..7 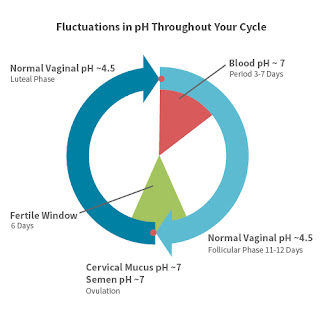 
My memories
Research on environment effects on fertility ..7
Posted in 2017

Effects on future fertility that are induced in foetal/early life

As the reproductive system and its hormonal control systems are established in foetal life, maternal factors that affect the 'foetal environment' may also influence the foetal reproductive system. Because of its own physiological processes, the foetus adapts to its 'environment' and it may be these adaptations that result in adverse effects. For example, girls who were born to mothers in developing countries and then adopted to a Western country as babies have a ~15% risk of precocious puberty at the age of 7–10 years. This may result from a 'conflict' between an adaptation of the foetus to the low nutritional plane of its mother and its childhood development, when food intake is not limiting, although the cascade of physiological changes is unclear. Exposure to environmental chemicals (for example, p,p'-dichloro diphenyl trichloroethane (DDT) has also been suggested to cause precocious puberty. Aside from maternal diet, smoking and exposure to other environmental chemicals are the main factors with the potential to affect the future fertility of the foetus.
There is also great interest in the role of maternal nutrition and its interaction with genetic factors in determining foetal development and birth weight Low birth-weight is associated not only with greater morbidity and mortality during infancy, but also with a greater risk of developing cardiovascular disease, hypertension and type-2 diabetes in adulthood. It has been suggested that these diseases (all of which are linked to insulin resistance) arise as a consequence of 'programming' of physiological systems during foetal life in response to changes in maternal environment. Such programming implies that permanent changes in gene expression occur during development, changes with consequences that last into adulthood. In developed countries, environmental factors (such as social class and smoking) can influence birth weight, but most (although not all) epidemiological studies have concluded that maternal under nutrition is of central importance. It is possible that intra-uterine growth retardation (IUGR), through its association with insulin resistance in later life, contributes to the pathogenesis of PCOS. However, to date, no clear relationship has been established between birth weight and the risk of developing PCOS69. Interestingly, recent studies have demonstrated insulin resistance and abdominal obesity in men, women and mice carrying inactivating mutations in the aromatase gene. In this situation, production of oestrogen is blocked, resulting in infertility.
Although epidemiological data highlight a link between IUGR and adult disease, little is yet known about its impact on the reproductive health of the offspring. This may be particularly important if the nutritional deprivation or other 'insult' occurs during the time of gonadal development and germ cell multiplication. There are conflicting findings on the effects of IUGR on subsequent sperm counts in men, though IUGR is an established risk factor for cryptorchidism, hypospadias (an abnormality of the penis), pseudohermaphroditism and testicular cancer, consistent with a fundamental effect on the development of the reproductive system . One study has reported an association between IUGR and smaller uterus and ovaries in adolescent girls.