Research on environment effects on fertility ..5 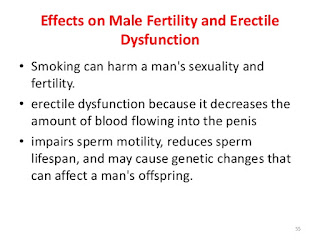 My memories
Research on environment effects on fertility ..5
Posted in 2017


Effects of lifestyle and diet
Increased rates of smoking and consumption of alcohol have been identified in infertile couples. In men, smoking can be associated with minor reductions in sperm count/morphology, but this is inconsistent and not usually associated with altered fertility; however, effects on IVF outcome have been reported. There are also concerns that smoking induces DNA damage in sperm. There is no consistent relationship between moderate alcohol intake and sperm count in men or fertility in women. However, in women, there is unequivocal evidence that smoking negatively impacts on virtually all aspects of fertility. This includes effects on follicle development/ovulation, oocyte pick-up from the ovary and its transport down the fallopian tubes, fertilization and early embryo development. Such effects have been demonstrated by numerous studies in a variety of countries. As detailed below, when pregnancy occurs in a woman who smokes, the future fertility of the foetus (as well as its' general health and well-being), whether male or female, is also put at risk. It is now advocated that smoking should be phased out as an integral part of human infertility treatment.
Bodyweight and body-mass-index have little effect on sperm count, but can have important effects on female fertility. The control of female reproductive hormones by the brain is highly sensitive to the effects of nutrition . In a female of normal weight and with a normal diet , the hormonal drive to the ovary for the regulation of follicle development and ovulation functions primarily through the gonadotrophins LH and FSH, which are released from the pituitary gland. The secretion of LH and FSH is regulated by the brain hormone, gonadotrophin releasing hormone (GnRH). FSH and LH regulate the development of follicles in the ovary, which are then stimulated to produce the sex steroids (testosterone, oestradiol and progesterone). In turn, these sex steroids affect the uterus, breast and hypothalamus/pituitary gland, which determines the timing of puberty and menarche (menstruation) in girls, and ovulation and fertility in adulthood; oestradiol and progesterone also negatively 'feed back' to the hypothalamus/pituitary to inhibit secretion of GnRH, LH and FSH.

My advise1....  Our environment plays major role on our health including fertility2....  We are using cell phones which emit radiation and decreases fertility in male n female3...   The persons working in chemical industries or residing near to chemical industries decreases their fertility4....  Pollution also negatively effect on fertility5....  If you are working in chemical industries tell your management to put small plants around the industries will to get fresh oxygen which nullify negative effect on your health.. 6....  Put small plants in your house to get fresh oxygen7...   Leave smoking, alcohol, ghutka .............habits8...   As possible as stay away from cell phone as cell phone radiation will diminish your sperm or eggs qualityBrought to U .....  http://successgain.info