Research on environment effects on fertility ..6 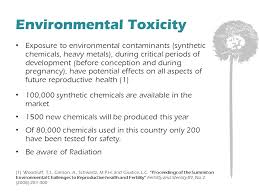 
My memories
Research on environment effects on fertility ..6
Posted in 2017

A normal calorie intake is necessary for normal pubertal development, the onset of menstruation and for ovulation. During adolescence, there is a change in the accumulation and distribution of fat, including an increase in abdominal adiposity that is closely associated with a reduction in sensitivity of muscle and fat to insulin (insulin resistance), and a compensatory increase in insulin secretion. This physiological elevation in circulating insulin levels results in a reduction of circulating sex hormone binding globulin (SHBG), with consequent release of 'free' (biologically active) oestrogens and androgens, thereby amplifying the effects of these hormones and facilitating sexual maturationFat cells themselves produce metabolic signals — particularly leptin— that can influence the secretion of GnRH by the hypothalamus and thus stimulate secretion of gonadotrophins . In addition to its effects on the ovary, insulin may also affect reproductive function by acting on the brain.
Underweight women , such as those suffering from anorexia nervosa, rarely ovulate and menstruate. Ovarian function is 'switched off' through reduced production of GnRH, which results in gonadotrophin concentrations that are too low to sustain ovarian function. This may be regarded as a protective mechanism for both mother and potential conceptus, through the prevention of pregnancy (with its high energy cost) in the face of under-nutrition. Circulating leptin concentrations are low in underweight women and this may be the factor that switches off secretion of GnRH .
Being overweight is also associated with reproductive dysfunction . Obese women are less likely to ovulate and more likely to suffer miscarriage than lean age-matched women. Although obesity per semay impair fertility, there is an important interaction of overweight/obesity with polycystic ovary syndrome (PCOS). This syndrome — so-called because the ovaries contain many small follicles — is one of the commonest causes of infertility and is associated with a failure of ovulation. Its aetiology is unclear, but genetic factors are important. A tenable hypothesis is that polycystic ovaries and the associated hormone abnormalities (principally, excess secretion of testosterone by the ovary) are genetically programmed during ovarian development in the foetus. However, there is also an interaction with key environmental factors, especially nutrition. PCOS is characterized by a cluster of metabolic abnormalities, including a tendency to accumulate abdominal fat, as well as resistance to and hyper-secretion of insulinThis is reminiscent of, although more exaggerated than, the physiological changes at puberty . The consequences of abdominal obesity in women with PCOS include an increased chance of anovulation and infertility, excess secretion of testosterone (resulting in unwanted body hair) and, in the long term, a greatly increased risk of developing type-2 diabetes in later life.