Research on environment effects on fertility ..3 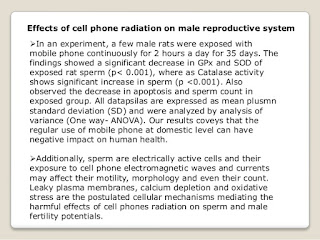 
My memories
Research on environment effects on Iertility ..3
Posted in 2017


Development of the follicle to the point of ovulation takes several month. Early follicular development is not dependent on LH/FSH (the 'gonadotrophins'), but the local and/or endocrine factors responsible for initiation of growth of these follicles are unclear. Later stages of follicle maturation are gonadotrophin-dependent, and in the two weeks preceding ovulation, they are precisely regulated by the cyclical changes in LH and FSH secretion. During these stages, the oocyte undergoes cytoplasmic and nuclear maturation, which enables it to resume meiosis and to prepare for fertilization. During this critical phase, the endocrine environment of the follicle, which is susceptible to the external environment, can profoundly influence oocyte maturation.
Unlike the foetal testis, the foetal ovary is thought to be hormonally quiescent. Therefore, normal development of the internal and external reproductive organs occurs without the obvious influence of sex steroids .
In the adult female, cyclical changes in the levels of sex steroids drive a series of co-ordinated events in the reproductive tract. These events include modification of the cervical mucus to facilitate sperm transport, changes in tubal motility and secretions (encouraging transport and fertilization of the egg), and most importantly, secretory changes in the endometrium that allow normal implantation.
In summary, the effects of environment and lifestyle on sperm count, oocyte development/ovulation, fertilization and implantation are those most likely to impact on fertility. In addition, the effects on oocyte number will determine the span of female reproductive life. Such effects might be induced early in development, in which case they are likely to be permanent. Alternatively, they may arise in adulthood, in which case they may be reversible  these effects are considered separately below). Note that the effects on women are inherently more likely to induce infertility than the effects on men, as even major decreases in sperm counts in normal men may not result in infertility