Research on environment effects on fertility ..9 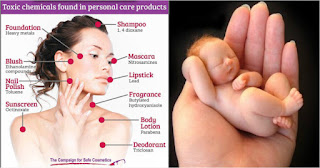 
My memories
Research on environment effects on fertility ..9
Posted in 2017

Past exposure to persistent environmental chemicals (for example, DDT and polychlorinated biphenyls (PCBs)) may have induced effects in humans, as it undoubtedly did in some wildlife species. However, it is less clear that modern (non-persistent) pesticides pose a serious risk to the general public. There are instances in which exposure of men involved in the production or application of particular pesticides has been shown to cause infertility, or where an association between pesticide usage and cryptorchidism or male infertility in farmers has been suggested. However, other detailed studies have failed to find a significant association between pesticide exposure and male or female infertility. Similarly, there are isolated examples in which occupational exposure to non-pesticide chemicals (for example, glycol ethers) can reduce sperm counts. It is uncertain how common such effects may be, as there are fundamental logistical problems in undertaking semen analysis studies in many groups of workers. Perhaps the most cautious view is that individuals whose occupation/lifestyle brings them into everyday contact with chemicals known to be reproductively toxic should be considered 'at risk', whereas there is little risk to the general public.
Maternal exposure to environmental chemicals that possess either intrinsic hormonal activity or can perturb endogenous hormone production/action pose a hazard to reproductive health of the foetus through the pathways outlined above. In pregnancy, exogenous exposure of humans or animals to potent oestrogens (for example, diethylstilboestrol or ethinyl oestradiol from the contraceptive pill) during the period of sexual differentiation undoubtedly results in an increased incidence of cryptorchidism, penile abnormalities, poor semen quality and probably testicular cancer. These effects may stem from interference with androgen production/action or disturbance of the androgen–oestrogen balance. Evidence that humans are exposed to numerous chemicals with weak oestrogenic potency ('environmental oestrogens') from the environment or from food (hormone growth promoters in farm animals) has understandably raised concern of similar effects on reproductive health, but opinion is firmly divided on this issue. In our opinion, the most logical risk comes from potent oestrogens, such as those produced within the body during pregnancy. Therefore, concern should be focussed on those environmental chemicals that are able to alter exposure of the foetus to endogenous oestrogens or androgens. Three recent findings highlight this possibility.

Some chemicals of your face cream, shampoo, body lotion n other may also cause of Infertility