Research on environment effects on fertility ..2 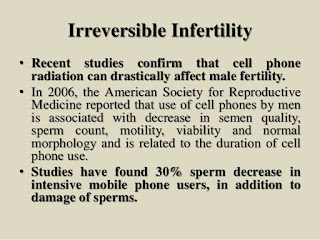 My memories
Research on environment effects on fertility ..2
Posted in 2017


In men, the key to fertility is the ejaculation of astronomical numbers of motile sperm (40–250 million per ml). This requires the production of 100–200 million sperm every day, and each sperm takes 10weeks to be produced. Once sperm counts fall below 14–40 million per ml, significant impairment of fertility may occur . This includes an increased time to conceive or, at very low sperm counts (less than 5 million per ml), by more intractable infertility; in these men, sperm are often abnormal in shape and function

The number of sperm produced per day is in turn determined by the numbers of Sertoli cells within the testes. Variation in Sertoli cell number is the main factor that accounts for the wide variation in sperm counts between men . Numbers of Sertoli cells are determined largely by their rates of proliferation during foetal and neonatal (1–9 months postnatal) periods, and probably to some extent during pre-pubertal life . Proliferation of Sertoli cells is controlled by a variety of hormones, including follicle-stimulating hormone (FSH), thyroid hormones, growth hormone and possibly oestrogens. Any factor that affects these hormones, whether in foetal, neonatal or peri-pubertal life, may affect sperm counts and testicular size in adulthood (Fig. 1). At puberty, no further increase in the numbers of Sertoli cells can occur and the ceiling for sperm production and testicular size is fixed irrevocably.
To be fertile, a man must have the correct reproductive organs internally (testes, epididymides, seminal vesicles, vas deferens and prostate gland) and externally (penis and scrotum), and the testes must have descended into the scrotum. Testis descent, which is a hormone-dependent process, normally occurs by birth, and incomplete descent of one or both testes (cryptorchidism) is associated with lower sperm counts/fertility in adulthood and increased risk of testicular cancer. Cryptorchidism affects 2–3% of boys at birth, whereas testicular cancer is the most common cancer of young men and almost certainly arises from abnormal development of germ cells in the foetal testis. Fertility also requires masculinization of the brain and the neuronal 'wiring' that controls production of the reproductive hormones, ensuring men show appropriate sexual behaviour and a male pattern of hormone production. Much of this is also established during foetal life.
In women, the key to fertility is the monthly ovulation of a mature egg (oocyte) and a reproductive tract that has been prepared to accommodate the ovulated egg and to provide the optimum environment for fertilization, early embryo development, implantation into the uterus and normal foetal development. These processes must be carefully co-ordinated, and principally, this is driven by the cyclical changes in sex steroid production by the ovary.
The production of a mature oocyte that is capable of being fertilized is a lengthy process. The human ovary acquires its full complement of germ cells (oocytes) during foetal life . Most are destined to die by atresia, so that at birth, germ cell number has fallen from approximately 7 million to 1–2 million, and less than 500 oocytes will be ovulated in adulthood. The 'primary oocytes' in the foetal ovary are arrested in the first meiotic prophase, and remain so until just before ovulation some 15–50 years later, when resumption of meiosis (maturation) is triggered by the midcycle 'surge' of luteinizing hormone (LH), which stimulates ovulation. Thus, the critical stages of germ cell production occur in the foetus and are therefore subject to influence by the maternal environment.