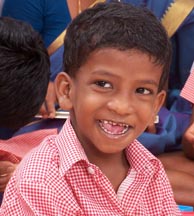 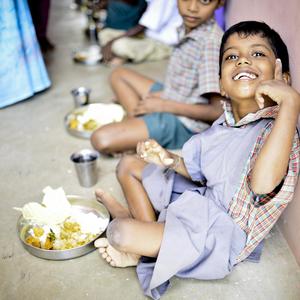 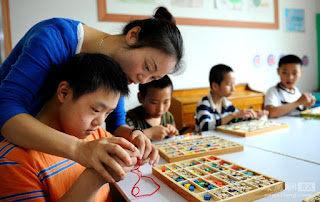 
Statistics of mentally retarded persons in India!
Prior to the International year of the Disabled (1981) in India, there was no nationwide statistics available regarding the incidence of mental retardation. Of course, some small scale surveys were conducted which give the percentage of incidence of mental retardation ranging from 0.7 to 4 per cent in India.
However, recently survey made during the International year of the Disabled (1981) in India, indicated that approximately 3 per cent of the population are mentally retarded. Among these 3 per cent, one per cent comes under the severely retarded category. However, when the incidence of cases of mental retardation recorded in all hospitals of Madras was taken into account, it was found to be 3 per cent of the total cases recorded.
Mental retardation accounts for 50 to 75 per cent of the work load of the 54 child guidance centres in India. The adult retarded constitute about 1 to 3 per cent of the total adult population. Mental sub normality is therefore a problem of the childhood and is essentially a problem of the school going children.
From a child population of about 6 millions it has been calculated that approximately 2 million children are mentally retarded which means 33 per cent of the child population are placed in the mentally retarded category, while only 3 per cent of the total population is in that category.
It has further been estimated that about 70 per cent of the mentally retarded population is based in the rural areas where no help is provided to the mentally retardeds. In most of the rural schools and some urban areas many of the borderline cases of mental retardation are bypassed as dull students.
ADVERTISEMENTS:
By and large, about 80 per cent of all mental retardation is of mild or moderate category. Severe retardation constitutes only about 5 per cent of the total retardeds and needs institutional care in the Indian context i.e., there are about 14.24 to 15 million children in India who need special educational help. About 0.75 to one million children need custodial care that offers habit training and simple socialising experiences.
As surveys show, most of the severe degrees of mental retardation come from the higher educational and income groups. On the other hand, the mild and moderate degrees of sub normalities are found in the underprivileged and socially disadvantaged classes. The male retardeds outnumber the females, the ratio being 2: 1 which has been explained as sex linked inheritance.
Surveys of schools in the underprivileged areas of some big cities of India like Delhi, Lucknow and Bombay have revealed that about 3 to 8 per cent of children studying in Corporation Municipal Schools are slow learners, with evidence of intellectual sub-normalities.
Prabhu et al. (1970) conducted a survey in Delhi and pointed out that 85 per cent of the parents of the retardeds sought advice from quacks. Further it is interesting to note that less than l/5th of the parents in the survey had any real idea about the potentiality of their children.
In India, though there is no proper record of the number of institutes serving the mentally retarded there are about 120 such out of which less than half are residential. Apart from these schools there are a number of day care institutions run by private persons.
My advise
1...  Your unborn child needs sufficient Oxygen to develop all cells
2...  Your body will take 6 Liters of Oxygen per minute... You have adjust it for your body needs and supply to your child unborn child.
3...  Your body uses oxygen for digesting your food, cleaning your blood and all cells than oxygen will be sent to your child.  If it is insufficient to your child than your child's brain cells will not be developed..
4...  So eat healthy food and minimize your body consumption so that sufficient oxygen will be sent to your child.