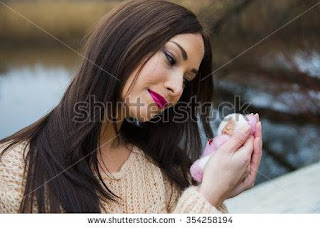 
To optimize women's fertility, taking better care of their bodies is a good first step. But what else can women do to improve their odds of having a baby?
The most important advice for a woman who wants to get pregnant is to get to know her body, specifically her menstrual cycle, said Dr. Mary Ellen Pavone, a reproductive endocrinologist and infertility specialist and medical director of the in-vitro fertilization program at Northwestern Medicine's Fertility and Reproductive Medicine department in Chicago.
"It's important to know how far apart her cycles are so she can more accurately time intercourse to try to get pregnant," Pavone said.
Here are 10 tips that may help increase a healthy woman's chances of becoming pregnant.

A woman who wants to have a baby should monitor whether the first days of her periods tend to come the same number of days apart every month, which is considered regular. Conversely, her periods may be irregular, meaning her cycle lengths vary from month to month. By tracking this information on a calendar, a woman can better predict when she might be ovulating, which is the time when her ovaries will release an egg every month.
A woman's egg is fertile for only 12 to 24 hours after its release, according to the American Pregnancy Association. However, a man's sperm can survive in a woman's body for up to five days.

Women with regular cycles ovulate about two weeks before the arrival of their periods, Pavone said. It's harder to predict ovulation in women with irregular cycles, but it usually occurs 12 to 16 days before the start of her next period.
There are several methods women can use to help determine their most fertile days each month.
Home ovulation-prediction kits can take some of the guesswork out of figuring out when a woman is ovulating. Sold at drug stores, the kits test urine for luteinizing hormone, a substance whose levels increase each month during ovulation and cause the ovaries to release an egg. The three days right after a positive test result are the best time for couples to have sex to increase their odds of becoming pregnant, reports the American Pregnancy Association.
Another method to predict ovulation is to track cervical mucus, which involves a woman regularly checking both the amount and appearance of mucus in her vagina. Just before ovulation when a woman is most fertile, the amount of mucus increases and it also becomes thinner, clearer and more slippery, according to the March of Dimes. When cervical mucus becomes more slippery, it can help sperm make its way to the egg. A study published in the journal Fertility and Sterility found that women who checked their cervical mucus consistently were 2.3 times more likely to get pregnant over a six-month period.
Brought to U ..... http://successgain.info