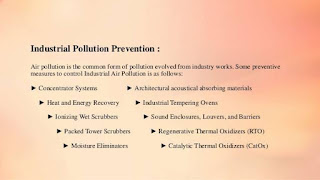 
My memories
Exposure to Chemicals i.e. pesticides,pollutants....may decrease your fertility
Posted in 2017


Household chemicalsExposure to pollutants, pesticides, and industrial compounds can decrease a couple's ability to have children by up to 29%, according to a 2013 study published in Environmental Health Perspectives. Additionally, a 2015 Washington University study found that 15 common chemicals were associated with early menopause. These chemicals include nine PCBs (which have been banned since 1979 but still exist in older products), three pesticides, two forms of plastics called phthalates (often found in personal care items and beauty products like perfumes and nail polishes), and the toxin furan, a byproduct of industrial combustion

Occupational exposure to chemical or biological agents may be harmful to workers’ reproductive health, inflict damage on the genetic material of the cells of male and female workers, or evoke adverse effects on their sexual function and fertility. Some chemicals and infectious agents may also be harmful to the pregnancy and hazardous to the foetus. Such agents are often referred to generally as 'reprotoxic substances'. They include a variety of potentially harmful chemical agents e.g. some solvents, metals, pesticides and other chemicals. Prevention of the harmful effects of occupational exposures requires assessment and management of reproductive risks in the workplace. European legislation obliges employers to ensure that the work environment is safe for the reproductive health of the workers, pregnant workers, and offspring.
Effects of occupational exposure on the reproductive system of men and women may become manifest as alterations in sex hormone levels, diminished libido and potency, menstrual disorders, premature menopause, delayed menarche, ovarian dysfunction, impairment of semen quality, and reduced male and female fertility. Toxic exposures can cause direct cell damage in the developing sperm and eggs. Maternal exposure during pregnancy may disturb foetal development by either directly or indirectly interfering with maternal, placental, or foetal membrane functions. Toxic exposures can induce many wide-ranging effects, e.g. foetal death, intrauterine growth retardation, preterm birth, birth defect, postnatal death, disturbances in cognitive development, and changes in immunological sensitivity, or childhood cancer. The mother's exposure at work to chemicals may also cause contamination of her breast milk

Difference in the timing, duration and dose of exposure may lead to different outcomes. Miscarriage or birth defects are the principal outcomes if exposure has occurred during the first trimester of pregnancy. Exposure later in pregnancy is more likely to shorten the duration of gestation, reduce birth weight and affect the development of the brain. A lower dose of a toxicant may cause birth defects, whereas a high dose may produce miscarriage or infertility.
Adverse effects on reproduction and development are often the result of exposure during the narrow, vulnerable periods of ovulation, formation of a mature sperm (spermatogenesis) and the formation of organs within the embryo (foetal organogenesis). Some effects may not become evident for years. For example, lead may gradually accumulate in maternal tissue only to be released during pregnancy or lactation. Some toxicants, such as antineoplastic agents (cancer chemotherapy drugs), may reduce the number of female germ cells, leading to a shortened reproductive life span.


Chemical exposure of both women and men may cause chromosomal abnormalities or gene mutations in the offspring. It may also disturb the development of the foetus through heritable changes (epigenetic mechanisms) in egg or semen cells, causing no change in the underlying DNA sequence of the organism; instead, non-genetic factors cause the organism's genes to behave (or "express themselves") differently. There is some evidence of epigenetic effects of paternal exposure that can impact on the pregnancy outcome, but human evidence is still not convincing
My advise
1...  If you are living in chemical industrial area and wants to conceive I advise you to change your residence immediately.
2... If you are working in any chemical industry than stay in park where lot of plantation or trees for not less than 30 minutes per day.
3.. These are also causes for defective births, miscarriage etc...
4..  Eat healthy food and drink water