Supply sufficient Oxygen to your child before birth

September 03, 2019
Supply sufficient Oxygen to your child before birth 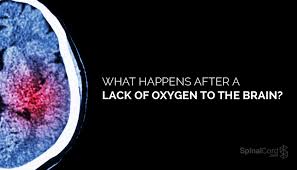