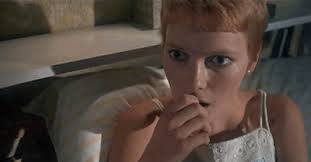 
My memories
Great impact on unborn child's brain
Posted in 2015

Great impact on unborn child's brain when mother seeing horror films or horror TV serials/programs or listen horror incidents or stories.
Pregnant women planning a night at the cinema might want to steer clear of tear-jerkers.
Scientists have discovered that unborn babies respond to their mother's mood while she is watching a movie - and become quiet and still if the film is sad.
In a bizarre experiment, foetuses threw their arms around when their mothers watched a feel-good clip from The Sound of Music - but became subdued during a sad scene from The Champ.
Researchers have no idea how the babies pick up on their mothers' emotions, but suspect that the rush of hormones triggered by an emotional film are transmitted indirectly to the foetus.
The findings, reported today in New Scientist magazine, add to the evidence that a pregnant mother's mood and stress levels can affect her unborn child.
Past studies have shown that stressed mothers-to-be are at higher risk of stillbirth and premature birth.
Babies born to stressed mothers are twice as likely to have lower-than-average IQs.
They are also more likely to be hyperactive, suffer from emotional problems and refuse to do as they are told.
In the new study, carried out at Nagasaki University in Japan, ten pregnant volunteers were asked to watch an upbeat five-minute clip from the Julie Andrews musical, The Sound of Music.
Another 14 watched a tear-jerking five minutes from the 1979 Franco Zeffirelli film The Champ, in which a boy cries at the death of his father.
The clips were 'sandwiched' between two extracts of neutral program so the researchers could measure any changes in the movement of the babies.
The mothers-to-be listened to the movies using earphones to guarantee their unborn babies were not being influenced by the movie's soundtrack.
Dr Kazuyuki Shinorhara, who led the study, used ultrasound scans to count the number of arm, leg and body movements of the babies while their mothers were watching the clips.
Researchers found that the fetes moved their arms significantly more during the happy clip from The Sound of Music.
But in the other group, the unborn babies moved significantly less than normal while their mothers watched the weepie.
If mother habituated with horror films, stories, pictures etc..then the child become a criminal in future..his nature will be cruel, criminal.
So I advise every woman not to see horror stories, films etc..and not listen hard music when she is pregnant...
My advise
1...  The child's brain is developed according to parents activities, thinking, visioning or any other.
2...  If you want to see your child to face to face any kind of problem in his life then you should modify your activities such as not to seeing horror films or TV serials or other.
3..   During your pregnancy you should not discuss unnecessary or criminal or other incidents.
4...  If you want to see your child as Scientist or Great Professional you should not listen or see music program in your pregnancy.
5..   You should not discuss any bad incidents such as deaths, accidents etc..  during your pregnancy.
6...  You should develop positive thinking before conceiving so that you can give birth to Brilliant child
Brought to you http://successgain.us