Alcohol is cause of defective births

April 30, 2019
Alcohol is cause of defective births 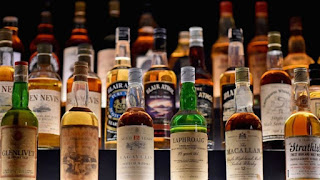 My memories
Alcohol is cause of defective births
Posted in 2016
Alcohol is cause of Defective births
There's no evidence that a few drinks a week will affect your fertility, but doctors do caution against heavy drinking—more than one drink a day for women—which has been linked to an increased risk for ovulation disorders. Plus, a 2004 Swedish study that tracked more than 7,000 women for 18 years found that the heaviest drinkers were more likely to have sought out fertility treatment.
You probably already know you should stop drinking if you think you could be pregnant. Drinking during the early stages of pregnancy (and possibly even before conception) has been linked to premature births. As for whether it's safe to drink later in pregnancy, the jury's still out. Many doctors say a small amount of alcohol is OK, but the CDC and Surgeon General say it's best not to indulge since there is no proof that it's not harmful to the baby.
Alcohol and pregnancy
Not drinking alcohol is the safest approach when pregnant
Drinking alcohol at any stage during pregnancy can cause harm to your baby and the more you drink, the greater the risk. This is why the government’s alcohol unit guideline advice in relation to pregnant mothers recommends that the safest approach is to not drink alcohol at all during pregnancy.
If you’re trying to conceive, you’re also advised not to drink. But please be aware if you’re already pregnant and drank only small amounts of alcohol in the early stages of pregnancy, the risk of harm to the baby is low. However if you are worried, you should talk to your GP or midwife.
The Department of Health recommends that pregnant women, or women trying for a baby, should avoid alcohol altogether.
I advise every couple to give birth to Healthy child should avoid alcohol

My advise
1...  Babies exposed to alcohol in the womb can develop fetal alcohol spectrum disorders (FASDs). These disorders include a wide range of physical, behavioral, and learning problems. The most severe type of FASD is fetal alcohol syndrome (FAS). It is caused by heavy drinking during pregnancy.
2... Drinking alcohol during her pregnancy can cause a woman's baby to be born with birth defects and developmental disabilities. In fact, alcohol (beer, wine, or hard liquor) is the leading cause of preventable birth defects and developmental disabilities in the United States.
3... While still in the womb, some babies have problems with how their organs and body parts form, how they work, or how their bodies turn food into energy. These health problems are called birth defects.
4....There are more than 4,000 different kinds of birth defects, ranging from minor ones that need no treatment to serious ones that cause disabilities or require medical or surgical treatment.
5..  If a baby is born with a part of the body that is missing or malformed, it is called a structural birth defect. Heart defects are the most common type of structural defect. Others include spina bifida, cleft palate, clubfoot, and congenital dislocated hip
6... If you are addicted to alcohol  than drink glass of water mixed with 2 spoons of honey and one spoon of lemon juice in the morning and in the evening with empty stomach..   Don't take anything for one hour after drinking this juice.  It will nullify the effects of alcohol.   You can have healthy child
Brought to U.....http://successgain.info