Vitamin D required in your pregnancy 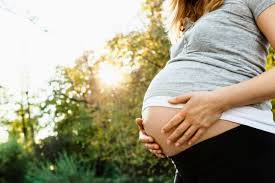 
My memories
Vitamin D required in your pregnancy
Posted in 2012

Vitamin D:::In the late third trimester, the fetal skeleton enters a period of rapid growth that requires calcium, phosphorus and vitamin D. An infant born six weeks prematurely has laid down only half the calcium into its bones as an infant carried to term.28 There is evidence that vitamin D plays a role in lung development,it probably plays a much larger role in fetal development in general due to vitamin D’s interaction with vitamin A. At birth, the infant’s blood level of vitamin D is closely correlated to that of the mother.Adequate levels of vitamin D protect the newborn from tetany, convulsions and heart failure.The rapid skeletal growth that occurs in late pregnancy taxes the vitamin D supply of the mother and her blood levels drop over the course of the third trimester. One study conducted in Britain showed that 36 percent of new mothers and 32 percent of newborn infants had no detectable vitamin D in their blood at all; another showed that 60 percent of infants born to white mothers in the spring and summer had levels under 8 nanograms per milliliter (ng/mL), a level that is overtly deficient..Vitamin D is available in your food and sun light...Every pregnant woman should expose her body in Morning Sun light

For years, vitamin D was discussed solely in relation to bone metabolism and absorption, and deficiency states were the purview of endocrinologists and gynecologists who treated menopausal patients at risk of osteoporosis. Recent studies demonstrate that vitamin D plays a role in multiple endocrine systems. Indeed, vitamin D may be more correctly considered a hormone because it is a substance produced by one organ (skin) that travels through the bloodstream to target end organs. Vitamin D receptors have been found in bone, breast, brain, colon, muscle, and pancreatic tissues. Not only does vitamin D affect bone metabolism, it also modulates immune responses and even glucose metabolism. Vitamin D receptors have also been found in the placenta; their role in that organ remains to be elucidated.
Vitamin D’s role in pregnancy outcomes has yet to be fully described, making it an exciting field to explore. Research into vitamin D and its effects on pregnancy is still in its infancy, but many intriguing associations have been noted. For example, lower levels of vitamin D have been associated with increased rates of cesarean delivery,bacterial vaginosis, and preeclampsia, as well as less efficient glucose metabolism.
There is biological plausibility for vitamin D to play a role in pregnancy outcomes, given the presence of receptors in gestational tissues. Vitamin D receptors in uterine muscle could affect contractile strength, and vitamin D has been shown to have immunomodulatory effects, thereby potentially protecting the host from infection.

My advise
1....   In pregnancy, these issues become critical because there are not one but two patients to consider. Despite the lack of clear guidelines, there is sufficient evidence to suggest that you should at least consider monitoring the vitamin D status of your pregnant patients.
2...   Fetal needs for vitamin D increase during the latter half of pregnancy, when bone growth and ossification are most prominent. Vitamin D travels to the fetus by passive transfer, and the fetus is entirely dependent on maternal stores.1Therefore, maternal status is a direct reflection of fetal nutritional status.
3....  The vitamin D level in breast milk also correlates with the maternal serum level, and a low vitamin D level in breast milk can exert a harmful effect on a newborn.
4...   The vitamin D is important before conceiving and till delivery to protect your health and your child's health.
5,,,    I suggest every couple to expose in sunlight if you are  a... fair color you should expose your body 15 to 20 minutes in morning or evening sunlight   b..  dark color you should expose your body 20 to 35 minutes daily in morning or evening sunlight.