Blood deficiency in your pregnancy

March 04, 2019
Blood deficiency in your pregnancy 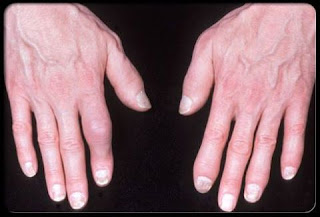 
My memories
Blood deficiency in your pregnancy
Posted in 2015

Anemia occurs when a person has lower-than-normal levels of red blood cells (RBCs) in the blood. According to the American Society of Hematology, there are many factors that can contribute to lower-than-normal RBC counts, including age, viral infections, and certain chronic diseases (ASH)
In women of child-bearing age, the most common cause of iron-deficiency anemia is loss of iron in blood due to heavy menstruation or pregnancy. Iron-deficiency anemia can also be caused by a poor diet or by certain intestinal diseases that affect how the body absorbs iron. The condition is normally treated with iron supplements. Every one will know the deficiency of Blood by observing their hands. Take proper food to avoid such problem.
What is anaemia?
Anaemia is a condition in which the haemoglobin levels in your blood are lower than what they should be. Haemoglobin helps the red blood cells store and carry oxygen around the body. Without enough haemoglobin in your blood, the organs and tissues in your body won't get as much oxygen as they need.
Some of the common symptoms of anaemia are:
Tiredness, irritability, and low energy levels.
Breathlessness, weakness, and dizziness.
Pale eyelids and nail beds, sometimes with spoon-shaped nails.
A sore tongue and strange taste in the mouth.
Hair loss and intolerance to the cold.
Less common symptoms include headaches. Some women also get unusual cravings (also known as pica).
Why is iron so important during pregnancy?
Iron is important because it is needed to make haemoglobin. Not getting enough iron from your diet can lead to anaemia. This is called iron-deficiency anaemia.
There are other types of anaemia too. They are caused by lack of:
folic acid (folate-deficiency anaemia)
vitamin B12 (megaloblastic anaemia)
a combination of folic acid and vitamin B12 (macrocytic anaemia)
However, the most common type of anaemia in pregnancy is iron-deficiency anaemia.
India has the highest rate of iron-deficiency anaemia among women in the world. Many women are deficient in iron before they become pregnant. And research indicates that about six out of 10 pregnant women in India are anaemic. Some surveys suggest that anaemia may be even more common than this. You can check your Iron from your hands as shown in the picture.
Iron and vitamin B12 is available in your food..Eat Healthy food and give birth to Healthy child....


My advise
1....  Blood is the transport of all nutrients to the parts the parts of our body  as they needs
2...   When blood deficiency during your pregnancy may cause various birth defects as many parts didn't receive nutrients as needed.
3....  Though out your pregnancy you should take Iron, Vitamin B12 and Folic acid to avoid birth defects
4....  Plenty of Iron, Vitamin B12 and Folic acid is available in your vegetables and fruits.
5....  Eat daily to protect your self and your child
6...   You can check your body blood as shown in the picture if you have blood deficiency it will show pale