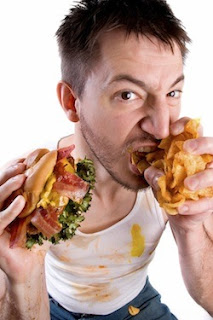 
My memories
Junk food on Male Fertility ...2
Posted in 2014
Fast Food and the Endocrine System
In this study, researchers looked at the levels of phthalates in people who had consumed fast food in the last 24 hours compared to those who had not done so. People who ate fast food, which the study defined as food served at a restaurant without wait staff, had much higher levels. If they ate it occasionally, their urine phthalate levels were 15-20% higher. Those who enjoyed it regularly saw a surprising 24-39% increase. With around one-third of the United States eating fast food on any given day, this could have serious implications for American public health.
What does this mean for male fertility and reproductive health? Phthalates have been linked to male infertility as well as health problems ranging from diabetes to allergies. The use of phthalates is restricted in many countries, while the US government warns these chemicals are likely carcinogens. Phthalates are not added to fast food, but rather produced by the preparation and cooking methods commonly used in these foods. The equipment used in manufacturing and cooking these foods appears to be the culprit, as much of it is made of plastics that leach this chemical.
My advise
1... Junk food not only shows adverse effect of Male fertility but also the sperm count drops rapidly
2... Junk food cause various health problems like Heart attacks, strokes etc..
3... I have seen some children with birth defects. They are obese or born with heart problems or liver problems or lack of brain functions etc....
4... So prevent your child from various birth defects as said above with your Healthy food.
Brought to U ..... http://successgain.info