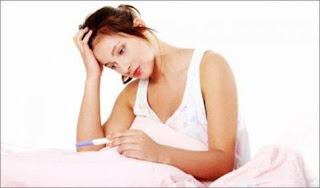 
PCOS is a problem with hormones that affects women during their childbearing years (ages 15 to 44). Between 2.2 and 26.7 percent of women in this age group have PCOS.
Many women have PCOS but don’t know it. In one study, up to 70 percent of women with PCOS hadn’t been diagnosed .
PCOS affects a woman’s ovaries, the reproductive organs that produce estrogen and progesterone — hormones that regulate the menstrual cycle. The ovaries also produce a small amount of male hormones called androgens.
The ovaries release eggs to be fertilized by a man’s sperm. The release of an egg each month is called ovulation.
Follicle-stimulating hormone (FSH) and luteinizing hormone (LH) control ovulation. FSH stimulates the ovary to produce a follicle — a sac that contains an egg — and then LH triggers the ovary to release a mature egg.
PCOS is a “syndrome,” or group of symptoms that affects the ovaries and ovulation. Its three main features are:
In PCOS, many small, fluid-filled sacs grow inside the ovaries. The word “polycystic” means “many cysts.”
These sacs are actually follicles, each one containing an immature egg. The eggs never mature enough to trigger ovulation.
The lack of ovulation alters levels of estrogen, progesterone, FSH, and LH. Estrogen and progesterone levels are lower than usual, while androgen levels are higher than usual.
Extra male hormones disrupt the menstrual cycle, so women with PCOS get fewer periods than usual.
PCOS isn’t a new condition. Italian physician Antonio Vallisneri first described its symptoms in 1721 .

My advise
1...  Every woman should observe their monthly period.  Generally it should be 28 days.
2..   If early or delay monthly periods indicate PCOS
3..   Your healthy life style will solve it