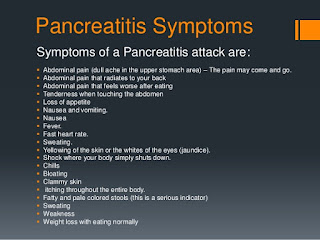 
I heard about Diabetes in my childhood and everyone called it as Sugar disease.....I asked many doctors about it they said when sugar is in our blood it is called Diabetes. I have several doubts that how sugar is entered in our blood.
I have seen some defective children and inquired about their birth cause...Medical experts said when the couple is suffering from Diabetes the child may be defective. I researched on it and wish to share my knowledge with U so that you can take necessary steps to avoid defective births.

17.......How can I prepare for pregnancy if I have diabetes?
If you have diabetes, keeping your blood glucose as close to normal as possible before and during your pregnancy is important to stay healthy and have a healthy baby. Getting checkups before and during pregnancy, following your diabetes meal plan, being physically active as your health care team advises, and taking diabetes medicines if you need to will help you manage your diabetes. Stopping smoking and taking vitamins as your doctor advises also can help you and your baby stay healthy.

18.......The real Stories who changed their Life style during Pregnancy though they have Diabetes1. Amy de la Cruz, 34Fort Worth, TexasFor Amy de la Cruz, exercise is key to good diabetes control during pregnancy. "I stayed active the whole time," she says. "I went on a walk two days before [delivery]." She also maintained strict blood glucose control. "I kept my A1C below 6 throughout the entire pregnancy," she says. "I was very, very obsessive about carb counting. It was very intense." Her hard work paid off in July 2009 when de la Cruz, a nurse, gave birth to her son, Nicholas. Her only regret: worrying too much during the pregnancy. "Overall, on average, you are doing a good job of maintaining your blood sugar," she says. "Don't stress out about the occasional spikes you'll have. I spent so much energy worrying for nothing."2... Aimee Gliese, 40Denver Dealing with a diagnosis of diabetes is tough enough. But for Aimee Gliese, a website designer, that diagnosis occurred during pregnancy (though her doctors suspect her type 2 had gone undiagnosed for a year). "There was this rush of information that I had to figure out in a week," she says: She had to learn to use insulin, test her blood glucose, and count carbs all while her body was acting unpredictably, but Gliese says the diagnosis was a blessing, in a way. "In retrospect, I'm so much healthier now than I was," she says. Her son, Declan, now 7 years old, is benefiting, she adds: "[My diagnosis] dramatically improved the way I taught my son to eat."The above information has taken from internet as I want to tell you that your Healthy life style plays an important role to conceive.

So don't plan to conceive if you are suffering with diabetes...Control it and than plan for healthy child. I told U many times that PREVENTION IS BETTER THAN CURE....If you follow Healthy habits you are free from DIABETES
Brought to U .... http://successgain.info