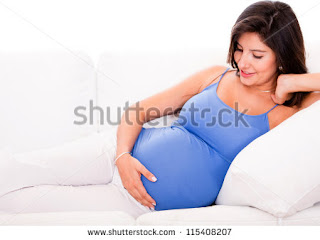 I heard about Diabetes in my childhood and everyone called it as Sugar disease.....I asked many doctors about it they said when sugar is in our blood it is called Diabetes. I have several doubts that how sugar is entered in our blood.
I have seen some defective children and inquired about their birth cause...Medical experts said when the couple is suffering from Diabetes the child may be defective. I researched on it and wish to share my knowledge with U so that you can take necessary steps to avoid defective births.
I wish to discuss 1. Couples suffering with Diabetes before Conceive. 2, Couples suffering with Diabetes after conceive

5. Are there other forms of diabetes?
Gestational diabetes occurs during pregnancy and affects about 18 percent of all pregnancies, according to the American Diabetes Association.
Gestational diabetes usually goes away after pregnancy, but once you've had gestational diabetes, your chances are higher that it will happen in future pregnancies. In some women pregnancy uncovers Type 1 or Type 2 diabetes and these women will need to continue diabetes treatment after pregnancy.
There seems to be a link between the tendency to have gestational diabetes and Type 2 diabetes, and many women who had gestational diabetes develop Type 2 diabetes later on. Gestational diabetes and Type 2 diabetes both involve insulin resistance. Certain basic lifestyle changes may help prevent diabetes after gestational diabetes.
Pre-diabetes is a condition that causes a person’s blood sugar levels to be higher than normal but not high enough to be diagnosed with diabetes. The American Diabetes Association estimates that there are 41 million Americans that have pre-diabetes in addition to the 18.2 million with diabetes.
I advise everyone not to be Diabetic patients. Before pregnancy take care of your health and follow healthy habits to be free from Diabetes.
6..... What causes diabetes?The cause of diabetes is unknown. Genetics, diet, obesity and lack of exercise may play a role in developing diabetes, especially Type 2 diabetes.One of the Doctor said that DIABETES IS NOT A DISEASE BUT IT IS A METABOLIC DISORDER. I concentrated on this words and applied on me,..ie..Diabetes is not disease it is only metabolic disorder..When it is a disorder we can bring to order with our healthy habits... Then I tried sincerely on me when my diabetic reading was more than 460 when doctor advised me to take Insulin injection...I opted healthy habits noted my reading every alternative day. Every time my reading was less than the previous...After three months I came to normal. It is practical example of the above words. Than I am advising every woman to control diabetes if it is existing before pregnancy. So that you will have Healthy child..
Brought to U.....http://successgain.us