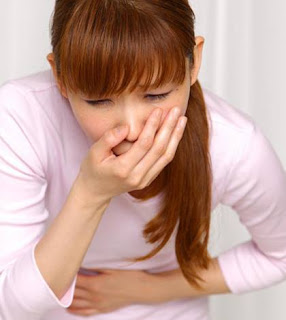 My memories
Infertility after abortion
Posted in 2014


Infertility after having an abortion:
Damage to the fetal tissue: If it is a first trimester abortion, which is also called as “incomplete abortion” leaves some fetal tissues in the uterus. This is not the case with each first trimester abortion. Unfortunately some abortions end with such situations. These leftover fetal tissues can lead to infection thus causing permanent damage to fetal organs. This finally can lead to sterility or miscarriage of future pregnancies.
Pelvic Inflammatory Disease (PID): Following an abortion, most women are at higher risk of developing Pelvic Inflammatory Disease (PID), which is major risk factor for fertility. PID is the inflammation of uterus, fallopian tubes and ovaries. When any instrument is used on the cervix, for example during a D&C procedure and in this D&C can cause a great spread of these organisms and thus increasing the risk of PID.
Multiple Abortions: Sometimes, it is required to perform multiple D&C procedures to remove the fetal leftovers. During this process, it may cause some scarring to the cervix or inside the uterus. Dilation of cervix is the necessary step during the abortion, which can weaken it. It also affects the ability of an embryo to implant into the cervix to support pregnancy.
Postponing pregnancy: This is most common in highly educated women, as they want to settle well in their careers, like paying student loans or purchasing a house. These women usually use abortion as a back up in case of any failure to contraceptive. Though abortion may or may not cause side effects, these women simply find that the optimum time for conceiving has come and gone without even realizing it.
If any woman follows Healthy food, Healthy life style etc...she will not face Abortion.
If any woman due to any reason postponing pregnancy she will face lot of problems when she desires to conceive.
I suggest every woman not to postpone or not to removing pregnancy.will fully. It may cause many health problems after 45 years.


My advise
1....   Generally, elective abortion isn't thought to cause fertility issues or complications in future pregnancies. However, some studies suggest a possible link between pregnancy termination and an increased risk of premature birth and low birth weight.
2...   Risks may depend on the type of abortion performed:

a...   Medical abortion. Medication is taken in early pregnancy to abort the fetus. Medical abortions do not appear to increase the risk of future pregnancy complications
b....  Surgical abortion. A surgical procedure removes the fetus from the uterus through the vagina. It's typically done using suction and a sharp, spoon-shaped tool (curet). Rarely, this can cause scarring of the uterine wall (Asherman syndrome), which may make it difficult to get pregnant. Women who have multiple surgical abortion procedures may also have more risk of trauma to the cervix.
3...   If you have had an abortion and you are concerned about its possible impact on a future pregnancy,
4...   I suggest to follow healthy habits and should not go for abortion