Mineral Deficiency can cause Birth defects..2 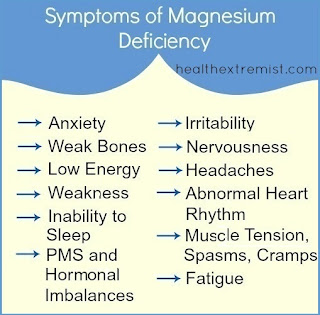 3...  Nutrient deficiency
While 96 per cent of pregnant women surveyed were aware of general nutritional recommendations for them, only 12 per cent were aware of iodine-specific advice. Unborn children and young infants are entirely reliant on their mother for iodine supply, making babies and pregnant or lactating mothers the most vulnerable group of the population.

4...  Vitamin A needed daily
The study estimated the median intake of iodine during pregnancy was 190 micrograms per day, with 74 per cent consuming less than the World Health Organisation (WHO) recommended intake of 250 micrograms daily. "Women aren't receiving the message about the importance of iodine in pregnancy, meaning they cannot make informed choices to ensure they get the amount they require," said Dr Emilie Combet, who led the research at the University of Glasgow.

Iodine deficiency affects 1.9 billion people globally and is the most preventable cause of intellectual disability. The UK is ranked 8th in a list of iodine-deficient countries in the world. The main sources of iodine-rich foods are seafood and dairy products, and in some countries iodine-fortified salt or bread.


Participants were asked about their awareness of nutritional guidelines and completed a food frequency questionnaire. Knowledge of iodine-rich foods was low, with 56 per cent. Unable to identify any iodine-rich food and the majority wrongfully believing dark green vegetables and table salt had high levels.