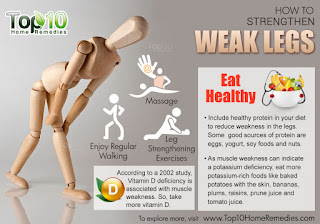 More than half of the iron in your body is in red blood cells. Iron is an important part of hemoglobin, a protein that carries oxygen to your tissues. It’s also a part of other proteins and enzymes that keep your body healthy. The best sources of iron are meat, poultry, or fish. Plant-based foods such as beans or lentils are also good sources.
Iron deficiency develops slowly and can cause anemia. It’s considered uncommon in the United States and in people with healthy diets. But, the World Health Organization estimated in  a 2008 report that iron deficiency causes approximately half of all anemia cases worldwide.
The symptoms of iron-deficiency anemia include feeling weak and tired. You may be performing poorly at work or school. Children may exhibit signs through slow social and cognitive development.
5... Magnesium deficiency
The body needs magnesium for hundreds of chemical reactions. These include responses that control blood glucose levels and blood pressure. Proper function of muscles and nerves, brain function, energy metabolism, and protein production are also controlled by magnesium. Roughly 60 percent of the body’s magnesium resides in the bones while nearly 40 percent resides in muscle and soft tissue cells.  Good sources of magnesium include:
Magnesium deficiency is uncommon in healthy people. The kidneys can keep magnesium from leaving the body through the urine. Still, certain medications and chronic health conditions like alcoholism may cause magnesium deficiency. Magnesium needs are also highly influenced by the presence of disease. In this situation, the RDA for magnesium may not be sufficient for some individuals.
Early signs of magnesium deficiency include:
Magnesium deficiency can lead to the following symptoms if left untreated: