Lack of sleep may also cause Infertility...2 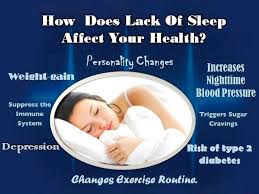 My memories
Lack of sleep may also cause Infertility...2
Posted in 2013


Light pollution can affect egg viability.
When the sun goes dowm, or the lights go off, and you head to dreamland, your body produces melatonin – a hormone that regulates sleeping and waking cycles. Here’s the caveat though, melatonin is also responsible for protecting eggs when they are close to ovulation, guarding against free-radicals and other degenerative entities. If you are someone who sleeps with lights on, who checks their cell phone every time it buzzes, or has the TV on non-stop, your body’s melatonin cycles get all screwed up. This, in turn, can prevent  your eggs from getting the protection they need, resulting in damaged eggs that are then rejected by the body or can wind up being the cause of a miscarriage.

Shift-workers have more problems with infertility
Given the above information, it’s not surprising that shift workers have higher numbers of reproductive problems, including issues with infertility. Women who work night shifts suffer more frequently with hormonal imbalances, lower estrogen levels, difficulty conceiving and higher miscarriage rates than their counterparts who work hours that are more normal. To combat this, some employers are altering their nighttime lighting accordingly. However, if you have struggled to conceive and you work night or swing shifts, it is in your best interest to discuss this research with your employer and make adjustments to your schedule if at all possible.
Sleep deprivation affect FSH levels.
If you are embarking down the Assisted Reproductive Technology road, you know all about FSH levels. Follicle-stimulating hormone (FSH) controls the menstrual cycle and (ideally) is at its highest levels right before a woman ovulates. Studies that track women’s sleeping habits have drawn a correlation between the average hours woman sleeps each night and her FSH levels. Women who average a healthy amount of sleep each night (about 7 – 9 hours) had FSH levels as much as 20% higher than women who averaged six or fewer hours per night. This relationship existed regardless of the women’s ages or BMI.
Don’t let something as simple as an affinity for late night TV or a potentially changeable work schedule prevent you from having the pregnancy you want.. Make the necessary changes to establish a healthy sleep pattern and get your circadian – and hormonal – rhythm back on track.

My advise
1.  If you are working in night shift then change your shift to day time.
2.  Don't see late night pictures or TV serials or other
3.  Your Healthy food helps you to sleep.  So take Healthy food
4.  Try to keep your mind cool so that you will get sleep
5...Unfortunately, according to the Centers for Disease Control and Prevention, more than one-third of Americans don't get enough sleep. If you’re one of them, and you’re also concerned about your fertility, here’s information that may surprise you:
6.. In both men and women, the same part of the brain that regulates sleep-wake hormones (such as melatonin and cortisol) also triggers a daily release of reproductive hormones.
7...The hormones that trigger ovulation  in women and the sperm-maturation process in men may be tied into the body's sleep-wake patterns. For example, if you’re a woman, long-term lack of sleep may directly affect the release of luteinizing hormone, or LH — the hormone that triggers ovulation as part of regulating your menstrual cycle. The resulting menstrual irregularaty  may mean it takes longer for you to conceive.
8...Could this hormonal connection between your sleep and fertility mean there’s also a connection between lack of sleep and, perhaps, not being as fertile as you could or would like to be? Researchers haven’t yet found evidence that this is the case, but they’re working on it