Lack of sleep may also cause Infertility...1 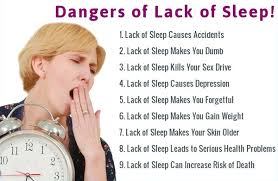 My memories
Lack of sleep may also cause Infertility...1
Posted in 2013

When you’re trying to get pregnant, bleary-eyed mothers and fathers will give you a deer in the headlights look as they encourage you to, “Savor every moment of sleep that you can  because it could be your last…” What they don’t realize is that those precious moments of sleep they’re recommending are more important than we ever realized when it comes to your ability to become a parent in the first place.
Recent research is demonstrating a rather clear connection between sleep deprivation and infertility. It looks like one of the best things you can do for your  mental, emotional and physical well being – including your fertility prospects – is to get a good night’s sleep.

Getting a Good Night’s Sleep Can Increase Your Chances of Getting Pregnant
Here’s the reality: without the advent of electricity and round-the-clock light, we humans were fairly solar powered creatures. We got up with the sun and went to bed within a short time after it set. Even candle and lamp light was dim enough (and expensive enough!) that we used it rather sparingly. Our body’s hormone levels have responded to this established pattern of light and dark in a very complex way – relying on sleeping and waking cycles to establish hormonal balance.
The studies that were reviewed and commented on by the scientific journal,  Fertility and Sterility , have elicited shocking information about light pollution, sleep deprivation and other sleep-related factors that seem to affect fertility. Here are some of the things we are coming to realize:
Light pollution can affect egg viability. When the sun goes dowm, or the lights go off, and you head to dreamland, your body produces melatonin – a hormone that regulates sleeping and waking cycles. Here’s the caveat though, melatonin is also responsible for protecting eggs when they are close to ovulation, guarding against free-radicals and other degenerative entities. If you are someone who sleeps with lights on, who checks their cell phone every time it buzzes, or has the TV on non-stop, your body’s melatonin cycles get all screwed up. This, in turn, can prevent  your eggs from getting the protection they need, resulting in damaged eggs that are then rejected by the body or can wind up being the cause of a miscarriage.
From the beginning I am telling U that Sound sleep can increase the chances to conceive..  It can also increases quality eggs.   So Sleep well

1.  If you are working in night shift then change your shift to day time.
2.  Don't see late night pictures or TV serials or other
3.  Your Healthy food helps you to sleep.  So take Healthy food
4.  Try to keep your mind cool so that you will get sleep
5...Unfortunately, according to the Centers for Disease Control and Prevention, more than one-third of Americans don't get enough sleep. If you’re one of them, and you’re also concerned about your fertility, here’s information that may surprise you:
6.. In both men and women, the same part of the brain that regulates sleep-wake hormones (such as melatonin and cortisol) also triggers a daily release of reproductive hormones.
7...The hormones that trigger ovulation  in women and the sperm-maturation process in men may be tied into the body's sleep-wake patterns. For example, if you’re a woman, long-term lack of sleep may directly affect the release of luteinizing hormone, or LH — the hormone that triggers ovulation as part of regulating your menstrual cycle. The resulting menstrual irregularaty  may mean it takes longer for you to conceive.
8...Could this hormonal connection between your sleep and fertility mean there’s also a connection between lack of sleep and, perhaps, not being as fertile as you could or would like to be? Researchers haven’t yet found evidence that this is the case, but they’re working on it