Know your child activities before birth...1 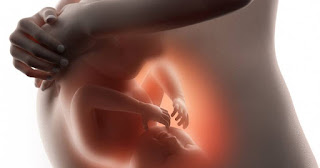 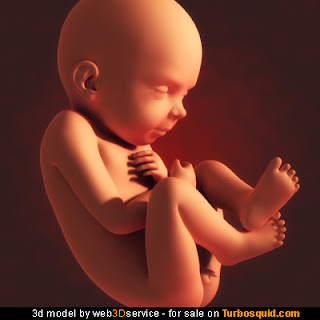 My memories
Know your child activities before birth...1
Posted in 2012


Be careful what you say around a pregnant woman. As a fetus grows inside a mother's belly, it can hear sounds from the outside world—and can understand them well enough to retain memories of them after birth, according to new research.
It may seem implausible that fetuses can listen to speech within the womb, but the sound-processing parts of their brain become active in the last trimester of pregnancy, and sound carries fairly well through the mother's abdomen. "If you put your hand over your mouth and speak, that's very similar to the situation the fetus is in," says cognitive neuroscientist Eino Partanen of the University of Helsinki. "You can hear the rhythm of speech, rhythm of music, and so on."
A 1988 study suggested that newborns recognize the theme song from their mother's favorite soap opera. More recent studies have expanded on the idea of fetal learning, indicating that newborns already familiarized themselves with sounds of their parent’s native language; one showed that American newborns seem to perceive Swedish vowel sounds as unfamiliar, sucking on a high-tech pacifier to hear more of the new sounds. Swedish infants showed the same response to English vowels.
But those studies were based on babies' behaviors, which can be tricky to test. Partanen and his team decided instead to outfit babies with EEG sensors to look for neural traces of memories from the womb. "Once we learn a sound, if it's repeated to us often enough, we form a memory of it, which is activated when we hear the sound again," he explains. This memory speeds up recognition of sounds in the learner's native language and can be detected as a pattern of brain waves, even in a sleeping baby.
The team gave expectant women a recording to play several times a week during their last few months of pregnancy, which included a made-up word, "tatata," repeated many times and interspersed with music. Sometimes the middle syllable was varied, with a different pitch or vowel sound. By the time the babies were born, they had heard the made-up word, on average, more than 25,000 times. And when they were tested after birth, these infants' brains recognized the word and its variations, while infants in a control group did not, Partanen and colleagues report online today in the Proceedings of the National Academy of Sciences.
Babies who had heard the recordings showed the neural signal for recognizing vowel and pitch changes in the pseudoword, and the signal was strongest for the infants whose mothers played the recording most often. They were also better than the control babies at detecting other differences in the syllables, such as vowel length. "This leads us to believe that the fetus can learn much more detailed information than we previously thought," Partanen says, and that the memory traces are detectable after birth.
My advise
!....Dr Thomas Verny’s book, The Secret Life Of The Unborn Child (1981), describes the evolution of fetal activity in the womb.
a...“What he [the fetus] especially does not like is being poked at. If this happens, the two-and-a-half-month-old fetus will quickly squirm away.”
b....“If his scalp is accidentally tickled during medical examination, he quickly moves his head. He also vehemently dislikes cold water – if it is sprayed onto the mother’s stomach, he kicks violently.”
c... When the fetus is four to eight weeks old, “he is as sensitive to touch as any one-year-old.
d...Freud considered any birth memory that came up in analysis to be merely a fantasy constructed by the mind.
2... You can develop child's brain how to think positive, tackle any kind of problems in his life before birth
Brought to U .... http://successgain.info
C