Don't give birth to a blind child 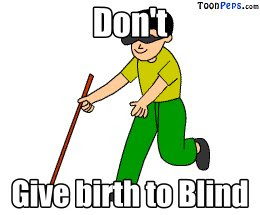 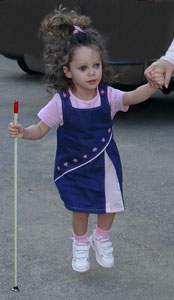 My memories
Don't give birth to Blind
Posted 2014


Estimating the magnitude and geographical distribution of visual impairment and causes is an important work to enable an appropriate allocation of resources across the various health areas of work. The magnitude of visual impairment and causes have been estimated for the year 2010, globally and by WHO region from recent data. For countries without data estimates were based on newly developed model.
The above is the data of blind people around the Globe.  No one can say about Blind births.  I being Medical Astrologist and according to my knowledge that every couple can prevent blind births as under
1.. Before conceiving practice Positive thiking
2.. Avoid unhealthy food and follow healthy life style
3.  Your positive thinking will avoid all kinds of birth defects
4.  According to Medical Astrology 2nd house indicate Right eye and 12th house indicate left eye in Male charts.
12th house indicate right eye and 2nd house indicate left eye in female charts.  If any of these houses defected at the time of their union the child will be blind.
Take care before giving birth to the child.....................brought to U....http://successgain.us