.Importance of Vitamin K during your pregnancy

May 29, 2020
.Importance of Vitamin K during your pregnancy 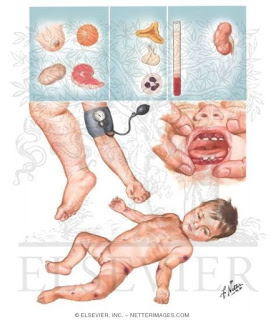 Brought to U....http://successgain.us    and   http://successgain.info
My memories...
Importance of Vitamin K during your pregnancy
Posted in August 2015
Vitamin K During Pregnancy:
During pregnancy, it is of utmost importance to meet the nutritional requirements to ensure good health of the mother and proper growth of the baby. It is, therefore, important to understand how much vitamin K intake is necessary during pregnancy, and some simple ways to get more of it through diet.
In general, the vitamin K needs do not increase during pregnancy, and the requirements are the same for adult females who are pregnant and those who are not. Your body needs 90 micrograms of vitamin K a day. Consuming too much of this vitamin could prove to be harmful, and could cause the blood to become too thin.
It is important to make sure you get enough vitamin K during pregnancy, especially as you enter your third trimester. Vitamin K aids healing as well, which could be particularly helpful for you post labor and childbirth.
In addition, a deficiency of vitamin K in pregnancy could turn out to be risky for both the mother and the baby, and may cause the development of cholestasis. The condition mostly affects women in their third trimester of pregnancy and is a hormonally induced disruption of the flow of bile in the gallbladder. The symptoms of Cholestasis include depression, fatigue, loss of appetite, dark urine, severe itching, etc. If you are suffering from cholestasis, increasing your vitamin K intake becomes an absolute priority and necessity.
Vitamin K is available in your Healthy food which avoid many complications] during pregnancy.,I am always telling U that your Healthy food is the best way to protect your self, conceiving and protect your child.
My advise
1..... Since 1961, the American Academy of Pediatrics has recommended supplementing low levels of vitamin K in newborns with a single shot of vitamin K given at birth.  Low levels of vitamin K can lead to dangerous bleeding in newborns and infants.  The vitamin K given at birth provides protection against bleeding that could occur because of low levels of this essential vitamin.
2....  Vitamin K is used by the body to form clots and to stop bleeding. Babies are born with very little vitamin K stored in their bodies. This is called “vitamin K deficiency” and means that a baby has low levels of vitamin K.  Without enough vitamin K, babies cannot make the substances used to form clots, called ‘clotting factors.’  When bleeding happens because of low levels of vitamin K, this is called “vitamin K deficiency bleeding” or VKDB. VKDB is a serious and potentially life-threatening cause of bleeding in infants up to 6 months of age. A vitamin K shot given at birth is the best way to prevent low levels of vitamin K and vitamin K deficiency bleeding (VKDB).
3....  .  Babies can bleed into their intestines or brain where parents can’t see the bleeding to know that something is wrong. This can delay medical care and lead to serious and life-threatening consequences. All babies are born with very low levels of vitamin K because it doesn’t cross the placenta well. Breast milk contains only small amounts of vitamin K. That means that ALL newborns have low levels of vitamin K, so they need vitamin K from another source.  A vitamin K shot is the best way to make sure all babies have enough vitamin K. Newborns who do not get a vitamin K shot are 81 times more likely to develop severe bleeding than those who get the shot.
4....   Babies without enough vitamin K cannot form clots to stop bleeding and they can bleed anywhere in their bodies. The bleeding can happen in their brains or other important organs and can happen quickly. Even though bleeding from low levels of vitamin K or VKDB does not occur often in the United States, it is devastating when it does occur. One out of every five babies with VKDB dies.  Of the infants who have late VKDB, about half of them have bleeding into their brains, which can lead to permanent brain damage.  Others bleed in their stomach or intestines, or in other parts of the body.  Many of the infants need blood transfusions, and some need surgeries.
5...   When you are pregnant you should supply Vitamin K to your unborn child so as to avoid birth defects as mentioned in the picture.  Vitamin K is available in your healthy food.
Brought to U... visit http://successgain.info