Before you get pregnancy 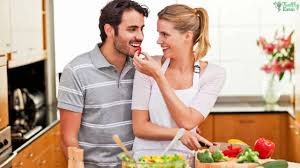 Brought to U....http://successgain.us      and     http://successgain.info
My memories
Before you get pregnancy
Posted on 15th March 2014
A healthy pregnancy begins before you become pregnant. It actually begins long before you even think about motherhood. Take a moment to learn what you can do now to make sure any future pregnancies are planned and healthy. All women can benefit from some basic pre-pregnancy planning.
Preconception health
Preconception health is a woman's health before she becomes pregnant. It means knowing how health conditions and risk factors could affect a woman or her unborn baby if she becomes pregnant. For example, some foods, habits, and medicines can harm your baby — even before he or she is conceived. Some health problems, such as diabetes, also can affect pregnancy.
The desire to have children can encourage some women to make healthier lifestyle choices. They may become more conscious of the foods, beverages and drugs they put into their bodies, and may set aside time to exercise.
For women who want to optimize their fertility, taking better care of their bodies is a good first step. But what else can women do to improve their odds of having a baby?
The most important advice for a woman who wants to get pregnant is to get to know her body, specifically her menstrual cycle, said Dr. Mary Ellen Pavone, a reproductive endocrinologist and infertility specialist, and medical director of the IVF program at Northwestern Medicine's Fertility and Reproductive Medicine in Chicago.
If you are strong desire to have a child your body will make changes to conceive..For this you should eat healthy food, modify your life style and may set aside time to exercise. Listen your body voice to conceive...
My advise
1.... A woman who wants to have a baby should monitor whether the first days of her periods tend to come the same number of days apart every month, which is considered regular. Conversely, her periods may be irregular, meaning her cycle lengths vary from month to month. By tracking this information on a calendar, a woman can better predict when she might be ovulating, which is the time when her ovaries will release an egg every month.
A woman's egg is fertile for only 12 to 24 hours after its release, according to the American Pregnancy Association. However, a man's sperm can survive in a woman's body for up to five days.
2... Women with regular cycles ovulate about two weeks before the arrival of their periods, Pavone said. It's harder to predict ovulation in women with irregular cycles, but it usually occurs 12 to 16 days before the start of her next period.
3...... The "fertile window" spans a six-day interval, the five days prior to ovulation and the day of it, according to the American Society for Reproductive Medicine. These are the days each month when a woman is most fertile.
4...... Research has shown that there hasn't been a big difference in pregnancy rates between couples who had sex every day during the "fertile window" (37 percent) compared with couples who did it every other day (33 percent), Pavone said. "And having sex every other day might be easier for a couple to pull off," she added.
5.... Being too heavy can reduce a woman's odds of conceiving, but being too thin can make it even harder to have a baby.
6.... Research has shown that a woman who is overweight can take twice as long to become pregnant than a woman whose BMI is considered normal, Pavone said. And a woman who is underweight might take four times as long to conceive, she said.
7.... Pavone recommends that women who are attempting to conceive start taking a prenatal vitamin even before becoming pregnant. This way a woman can find one that's more agreeable to her system and stay on it during pregnancy, she said.
All needed nutrients are available in your healthy food which is safe and no reactions.
8.. Avoid smoking n alcohol
9.. Avoid or minimize Tea or coffee
10... Be happy with your life partner.
Brought to U http://successgain.us
C