Egg problems and Infertility in female 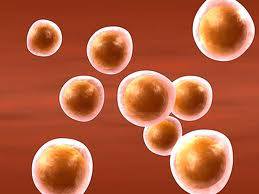 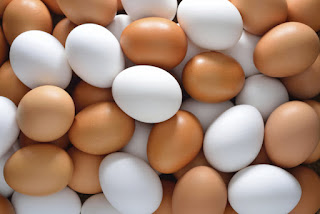 Brought to U....http://successgain.us      and     http://successgain.info
My memories
Egg problems and Infertility in female
Posted in August 2015
Egg problems - Infertility in Female
Eleven percent of reproductive-age couples in the United States have trouble conceiving or sustaining a pregnancy. About one-third of these cases are due to female fertility problems, one-third to male fertility problems, and the rest to factors involving both partners or to unexplained causes.
If you've had regular, unprotected sex for more than a year without conceiving (or six months if you're older than 35), About 65 percent of couples that get treatment for a fertility problem are eventually able to have a successful pregnancy, according to Resolve, the national infertility association.
The success rates below are based on averages gathered from large groups of patients. Each couple is unique, so think of the success rate for any treatment as a general snapshot, not a prediction of your chances of having a baby. Read on to learn more about female infertility and available fertility treatments.
Success rates: Thirty to 40 percent of women taking clomiphene citrate to induce ovulation become pregnant by the third treatment cycle. When fertility drugs to increase egg production are combined with artificial insemination, the pregnancy rate is between 10 and 20 percent per treatment cycle.
The percentage of IVF treatment cycles resulting in a live birth (in which one or more babies are born) is about:
41 percent for women age 34 and younger.
31 percent for women ages 35 to 37.
22 percent for women ages 38 to 40.
12 percent for women ages 41 to 42.
I advice every woman not to postpone for giving birth to the Child...I told U many times it will diminish the chances to become Mother.
My advise
1... One way to think of diminished egg quality is “The Battery Analogy”. Consider each egg as possessing a number of batteries that provide its energy stores. The batteries are analogs of tiny organelles called mitochondria, which are the energy producers of mammalian cells. As we grow older, the energy-producing capacity of the mitochondria decreases. (This is why older people run slower than young people.)
2...   The egg is connected to the circulation prior to ovulation, and it is connected again after embryo implantation. But during the seven days between ovulation and implantation, the egg and the embryo which results from it are contained within the zona pellucida and are dependent on energy coming from the mitochondria which were in the egg at the moment of ovulation (no mitochondrial replication takes place until after implantation).
3... You’ve probably heard this before, but let us reiterate: Women are born with all the eggs they’ll ever have, typically 1–2 million. Over time, that healthy egg supply decreases in two ways. First, women lose eggs each month—about a thousand a month after puberty—and by age 35 have only about 6% of their remaining egg count.
4...   Secondly, with age there’s a decrease in egg quality, which is a bit more complex. You’re born with all your eggs, but for most of your life, they remain dormant in your ovaries in their immature, “primordial” form. That is, until they’re called to action during a particular month—the month they’ll potentially be ovulated. Just before ovulation, these eggs go through a process of maturation, including cell division (called meiosis). Older eggs are more prone to errors during this division process; that’s why it’s more likely that older eggs, once ovulated, will contain abnormal DNA. If you remember back to high school science, DNA is what tells a cell to do what it needs to do. So without healthy DNA, an egg can’t perform its function: make a healthy baby. And as you age, more of your eggs become unhealthy.
5....  Your other eggs remain tucked away inside your ovaries, affected by the aging process (we don’t know exactly how), but generally unaffected by the majority of the wear and tear the rest of your body weathers. This has pros and cons: while your egg health doesn’t seem to be meaningfully impacted by the cumulative influence of everyday toxins or illness, it’s also not meaningfully improved by antioxidants, supplements, or nutrients that might support healthy cells in other parts of the body.
6....  All women have some percentage of abnormal eggs. According to studies of embryos created from eggs of different ages, women in their early 20s have about 20% abnormal eggs, while women in their 40s have upwards of 80% abnormal eggs. This decline in egg quality and fertility is seen across populations.
7...   Most eggs with abnormal DNA, also known as “aneuploidy,” don’t fertilize at all, hence the relationship between fertility and egg quality. A small percentage may fertilize, but result in miscarriage, and an even smaller percentage may result in genetic disorders for the baby, such as Down syndrome. Declining egg quality is why we see miscarriage and Down syndrome at much higher rates in women over 35.
8...   Egg quality is depend on their food habits and life style.  If woman is followed healthy food and healthy life style than her egg quality will improved and give birth to a Healthy child.
Brought to U by http://successgain.us